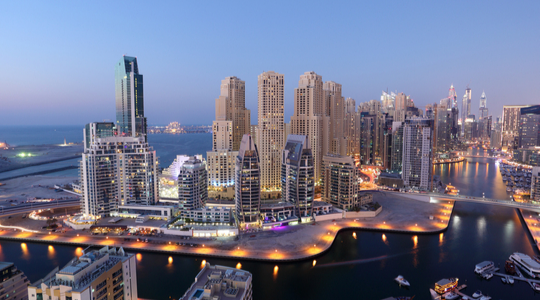 As one of the most crucial asset classes, accounting for a substantial portion of wealth in developed economies, real estate has the power to have a significant impact on
global economies .

With $280.6 trillion tied up in global real estate, as per Savills latest ‘World Research Report’, failure to understand the value assets correctly, can have severe consequences for investors, shareholders and the public.

As a melting pot of multiple nationalities, market professionals come from every corner of the world to the UAE and in the absence of clear local standards, each use their ‘preferred’ standards, which in turn has led to inconsistency and lack of market transparency.

For investors and end-users to understand risks that result in greater uncertainty and a slower decision-making process, transparency is essential. Lack of it can not only lead to a negative impact on the market, and its appeal to investors, but it also fuels the number of disputes that can arise between parties.

With the industry evolving at a fast pace, establishing transparency of data and encouraging more accurate financial reporting is vital in supporting businesses and de-risking financial markets for the public good. To ensure accurate property valuations, a consistent standard, method and approach to valuation is important.

Following the Financial Crisis in 2008, the International Valuation Standards Coalition (IVSC), a not-for-profit organisation, was established by sponsors including, the World Bank, United Nations, major international accounting firms, and valuation professional organisations worldwide. They aimed to create globally agreed, high-level standards which underpin valuation for all asset types. The International Valuation Standards (IVS) was then launched by the Coalition to set a consistent and transparent framework for global valuation practices.

There is a high demand for professionals who possess the technical expertise, practical ability, experience and insight to interpret and review market dynamics and trends, in relation to real estate assets. For professionals to be able to provide the best services, adoption of standards such as IVS is fundamental.

Valuation is not the only practice within the real estate sector that suffers from inconsistencies. Different measurement standards used globally have been known to cause up to 24% variances when measuring the same floor space or built-up areas.

In an interconnected global marketplace, with projects involving parties from diverse backgrounds and practices, such variances lead to confusion and risk for all property owners, occupiers and investors, especially operating across borders. The International Property Measurement Standards (IPMS) Coalition aims to address this by expanding over-arching principles that can work across all specialisms of the built environment, including architecture and engineering.

Fundamentally inconsistencies make analysing property portfolios incredibly difficult as stakeholders are not ‘talking the same language’ and it is not possible to compare built assets on a ‘like for like’ basis. In a bid to attract foreign investment, confidence needs to be high in the market, and that can only happen when transparency, clear standards and
regulations are adopted.

Governments in the region are now taking a real interest in developing an effective regulatory model. Dubai was the first government in the world to commit to adopting IPMS as they recognised the significant benefits it brings in terms of market transparency and confidence for all stakeholders. Additionally, last year, the Abu Dhabi Government officially launched their new valuation standards, which incorporate IVS and RICS Red Book, an implementation framework for the practical application of valuations standards globally.

Regulation of the real estate market is vital for the future growth of the sector.  Investors must understand the protections surrounding their investments, and international standards such as IVS and IPMS provide that confidence.  By reducing the risk of fraud, contributing to greater transparency of data, creating stronger investor confidence and more accurate financial reporting, standardisation can create a more robust, consistent and stable real estate market in the Middle East.