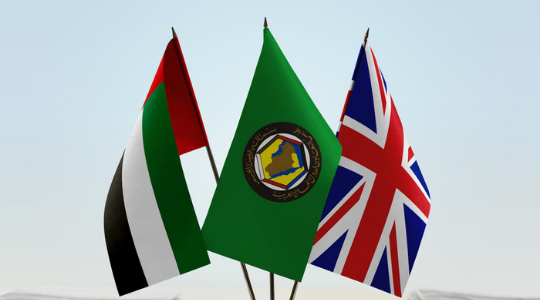 Indeed, with Middle East investment in the UK reaching GBP 2.6bn in 2018, according to a Savills report, it is evident GCC-based investors continue to regard the UK as a safe haven for investment – particularly in real estate.

London, in particular has remained a real estate magnet for wealthy GCC investors, who account for 15 – 20 percent of all international residential property transactions in the capital, according to Cluttons, (now Savills) the global real estate consultant. Vitally, the wide-ranging investment goes beyond residential; it encompasses the entire commercial real estate sphere – from offices and hotels, to retail and industrial.

With Brexit uncertainty contributing to a weak pound and softening property prices across all asset classes, Gulf investors are benefitting from favourable exchange rates - there has never been a better time to broaden portfolios and tap into strong yield projections.

GCC investors are also capitalising on alternate According to a recent Cluttons report, the London office market saw Middle Eastern investors commit almost GBP 1.4bn in purchases during 2017, the third largest investor source after the Far East (GBP 7.1bn) and Europe (GBP 2.4bn). A complementary report by Savills pointed to Middle Eastern investment in London in 2018 being 30 percent up on 2017 levels.

As the UK and wider world eagerly await to see which Tory candidate succeeds outgoing Prime Minister Theresa May on July 22, property transaction volumes - especially in London - are expected to increase this year, even in the event of a ‘no deal’ Brexit.

While a ‘no deal’ British withdrawal from Europe is likely to result in short-term economic and political uncertainty, and inflict temporary shock on the property market, the fundamentals underpinning the sector should remain intact – the UK property market will not be down for long.

While London regularly features among the top 10 cities by investment volume Gulf investors are also looking outside of the capital. Gazes are fixed on cities across the Midlands, North and Scotland, with Manchester, Birmingham and Glasgow topping prospect lists. According to a YouGov survey commissioned by Select Property Group, over 60% of GCC investors agreed that while London remains the most popular UK city for investment, higher rental yields can be achieved in Manchester.

Asset classes such as student accommodation, where investors can claim higher rental returns at a lower entry level and, depending on the purchase price, at zero percent stamp duty. Here again, northern cities such as Liverpool, Manchester and Newcastle present GCC investors with viable options to generate income from alternative property endeavours.

And so, while the Brexit-related drama has spawned a tumultuous few years for the UK, the overwhelming resilience of the property market make it one of the world’s most sought-after investment destinations. Even the impending exit from the EU should not diminish such a well-earned status, as resilient GCC investment testifies.

By Chris Speller, Group Director of Cityscape for Informa Markets