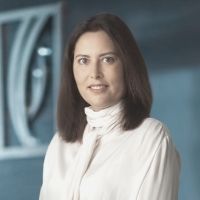 Khatija Haque joined Emirates NBD in 2011 as one of the founding members of the Emirates NBD research team, helping to build the bank’s macroeconomic coverage on the GCC and wider MENA region over the last decade.  She was appointed Chief Economist and Head of Research in 2020.

Khatija has more than 20 years’ experience as an Emerging Markets economist spanning three continents. Before moving to Dubai in 2008, Khatija was a Vice President at Deutsche Bank in London, covering several countries in Eastern Europe, the Middle East and Africa.  She is a frequent guest on local radio and television and is often quoted in both local and international press.