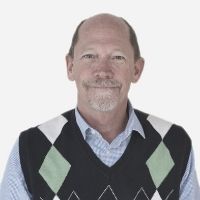 From 2010-2016, Rusty served as NOAA’s Technical Lead for the US Coral Triangle Initiative’s Ecosystem Approach to Fisheries Management (EAFM) theme to provide technical assistance and capacity building for the CTI on Coral Reefs, Fisheries, and Food Security, a 6 country ocean governance agreement to address the threats facing the marine resources of the most biologically diverse and ecologically rich regions on earth. In 2010-2011, Rusty chaired the Biological Review Team in developing a Status Review Report assessing the status of and risk of extinction to 82 species of corals petitioned for listing under the US Endangered Species Act. From 2010-2015, Rusty served as co-PI of a NOAA-NSF project “Comparative Analysis of Natural and Human Influences on Coral Reef Community Structure, Diversity, and Resilience”. Rusty served on the Ocean Carbon & Biogeochemistry Ocean Acidification Subcommittee, whose mission is to study ocean acidification’s effects on marine ecosystems and biogeochemistry. From 2005-2010, Rusty was co-PI of the Census of Coral Reef Ecosystems project of the Census of Marine Life developing tools to systematically monitor the biodiversity of coral reefs.